Paul is one of my all time best friends.  He’s a musician, freelance philosopher, app developer and e-business entrepreneur.  Developer of Socialist app, founder of Dialect NYC, & Former Executive Vice President of Gov. Affairs for Grooveshark.  This list could go on and on. 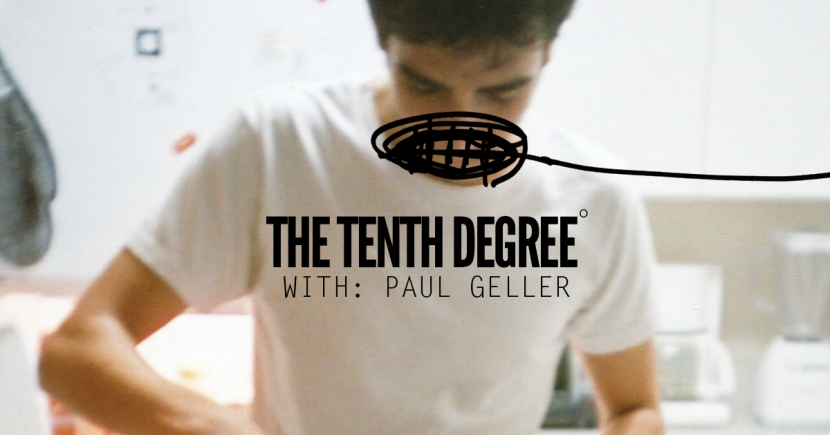 01. What’s your typical morning routine? How do you get your day started?

1. I wake up before my alarm usually — not that I even set one anymore.

2. 20 minutes of connection and meditation.

6. 16 oz of Bulletproof coffee with ghee and MCT oil

7. 1 hour of reading the Zohar / Torah and if I am feeling really energized I’ll read an essay by one of the great Kabbalists. Rav Ashlag is the most widely published. It’s a great way to remember why you are here.

On RSS Feeds: I don’t consume my news any other way. I don’t like news surfacing algorithms that try to predict what I will be most interested in. I only use RSS. I skim the most recent (not most popular) 700 or so stories of the day, send the ones I want to read later to Pocket and then move on. If you are only reading what is in your Facebook feed then you are only seeing what people like you think is important. We all know where that gets us. I use Feedly as my reader. Then Producthunt. Then Redditedit – Boom.

02. We became friends in high school when we took a guitar class together. We went on to form and play in a fairly successful band. Why music? Does music still fit into your daily life?

Music, the industry, my passion for the industry and for the artistry hasn’t waned. I still wrestle with it. What if that’s what I was supposed to do with my life? I try not to think about it. I listen to music all of the time – mostly while I am walking around the city but I don’t spend any time on “discovery.” Though I have developed great products that helped do that when I was at Grooveshark.

03. You got into e-businesses very early on, late 90s-early 2000s. So many internet businesses fail, so few succeed; Is there room out there for someone with a simple good idea?

So many people confuse “having a good idea” with having “a good business.” See: Quirky – I am guilty of this first and foremost. I’m full of ideas and I have this innate ability to manifest them. When I built Sociali.st it was a good idea. It was a product I wanted to to use so I built it, but did it deserve to be a business? Probably not. Building your app or your web product is the easy part. Getting people to care is the real challenge. Time and attention is a zero sum resource. Your web “idea” will be competing against everyone else’s even if it is not directly competitive. It’s competitive in the same way that a video game is competitive with a movie. There is only so much time in the day. Is there room for it? Only if you make room.

04. You moved to New York City a few years ago. What is it about that city that made you feel like you needed to be there?

I want to look tragedy, hardship and failure in the eyes every morning. And then have an almond milk latte and an organic juice.

05. Grooveshark was famously sued and you worked with them for years. How did that feel? Did you ever feel like just giving up and getting a regular job?

I was actually a personal party to that suit. Myself, the two co-founders and 4 other non-founding employees along with the company itself were sued for $17 billion. At that age? It’s scary. You can go crazy. I almost did. Maybe I totally did. Maybe I still am. I’ve always wanted a regular job. No one would hire me. I could go be a line cook at Carrabba’s again maybe. That sounds nice. I think I’ll do that.

06. You’re one of the most successful people I know…What advice would you give to someone trying to get a new idea/business started?

I’m not successful. But when I do get to where I am going, what I will say is this: Money is an effect.

07. Can you describe a moment when you felt like you really made it? What did that feel like?

Terror and Panic. I had just gotten off stage at the Billboard Conference in San Fransisco, November 18th, 2012. I checked my phone and there was a voicemail from a CNET reporter asking me if I had a comment about having just been sued for $17 billion. That was the first time I felt like I’d made it… and the emotions were terror and panic. I went ice skating.

08. Are you working on anything new right now that you’re excited about?

Yes. I’ll share it with you if it comes to be.

09. What is currently inspiring you and in what way? (book, movie, song, podcast, anything really…)

1. Kabbalah – For me, this is the answer I’ve been looking for. The fusion of math and mysticism.

2. We Have Concerns (Podcast) – I share their concerns. It’s comforting.

You can find Mr. Geller on the web:
Dialect NYC
Linkedin